Chanel have been increasing price for a time now. Why? I don’t know, but some say that Chanel wants their classic to sit next to the Hermes bag. Other say that it a strategic approach, increase prices and more people will want to buy it. Whatever reason it is, they have done it. We love Chanel more and more, and the further to go in prices, the more we want to buy them.

Chanel have literally doubled their prices in less than four years. If you bought a Chanel bag in 2008/2009, then you might conclude that Chanel prices as gone wild. If you are new to Chanel, you might think that
the prices are normal, but they are not. They are crazy!

Some ‘Must Know’ About Chanel Medium Flap
Chanel have discontinued two beautiful Chanel bags. The first one is the Chanel East West Flap and the second one is the Chanel small flap. The Chanel E/W flap is actually cheaper than the medium flap, but they were for most part identical. It was an excellent substitute Chanel bag for girls who can’t afford the expensive medium flap bags.

Some ‘Must Know’ About Chanel Maxi Flap
Chanel introduced the Maxi after they have discontinued the small flap. Maybe the future trend is that girls love bigger bags than smaller ones. The Chanel Maxi Flap have been introduced since 2009.

Some ‘Must Know’ About Chanel Reissue 2.55
Chanel Reissue 2.55 handbags is been re-made exactly as Coco Chanel have made them decades ago. When you buy the reissue, the bag look like being worn. This is the vintage style. Chanel reissue have a special locker, it’s called the mademoisselle locker and it represent Coco that she have never been married. The 2.55 stands for the release date of the bag, which is February 1955.

When Is The Next Price Increase?
What you say? Chanel never announced the next price increase. I wish they could, then lots of girls would run into their stores just before they start to increase. But sometimes when you visit a Chanel boutique a bit too often, the SA might leak some free information out.

From a trusted source, the next price increase will be in December or the first of February. I am not suprised, because it is almost a year since the last price increase in February 2012. Price will increase for the flap bag around $600.

Chanel Price Increase Frequency
Chanel usually increase prices twice a year, sometimes one and sometimes even three. This year so far we have one. They usually increase in the 1st of February, around June and December. So get ready if you decide to buy a bag. I know some friends who figure out that Chanel have increase price when they are in a Chanel boutique, ready to buy with creditcard on hand.

Chanel New Price Expectation 2013
Curious about what Chanel will do in 2013? The question is not ‘will Chanel increase price’, but how much they will increase and when they will increase. We have some expectations and also some prices based on some leaked information of SA. The calculation can’t get too much wrong. 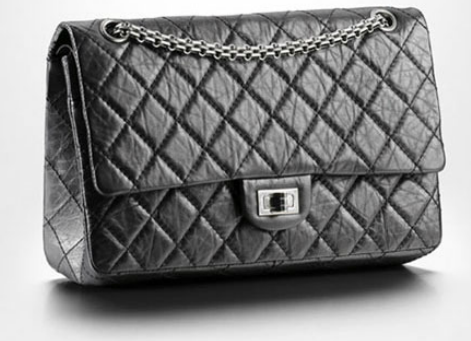