Another question I receive quite often is: ‘What are the differences between the classic flap bag and the reissue 2.55?’. There’s indeed a huge distinction between these two bags and it’s not only the size, but more importantly the style.

Chanel just brought back their mini classic flap bag. It was discontinued some time ago, but the new mini flap has a different look. It’s almost similar like the medium classic flap, but then one size smaller. (It was used to be more squared, as far as I know).

Chanel Classic Flap Bags
The Chanel classic flap bags have four sizes sizes: small, medium/large, jumbo and maxi. I am not sure why they named the medium also large, but this bag is actually not as large as you might think. The jumbo is still an okay size, but the maxi is huge.

Chanel Reissue 2.55 handbags
The Chanel reissue 2.55 handbag is the exact copy of the original 2.55 bag that Coco Chanel has released in 1955. And thanks to Karl Lagerfeld for making that possible, he released the reissue version in February 2005. The Chanel 2.55 has such a long history that you have to love it. It’s vintage and cope perfectly with the modern casual styles.

Here are more differences:
The Chanel 2.55 reissue has a rectangular shape lock. It reference Coco Chanel for never marrying and that’s why it’s called the mademoiselle lock.

Throughout the years, the Chanel 2.55 flap bag has been modified. There were different series of the flap bag introduced, which was very confusing until Karl Lagerfeld came along and made a decisive changes that shaped the Chanel classics you recognize today. Since then, only two classic flap bags are being sold:

Most members on Bragmybag prefer the Chanel classic flap bag than the reissue 2.55. That doesn’t mean that the Chanel 2.55 reissue is not attractive, but people prefer the modern version. I have no problem of having the 2.55 reissue too.

Let me know which one you love at the comment section and now you are here, why don’t you like our Facebook page to receive the latest information about Chanel.

Remember to join our Chanel forum, you can registrer here. 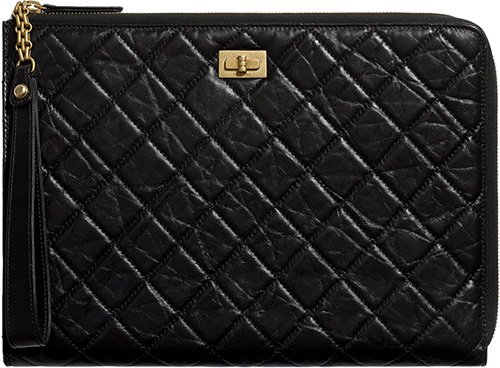 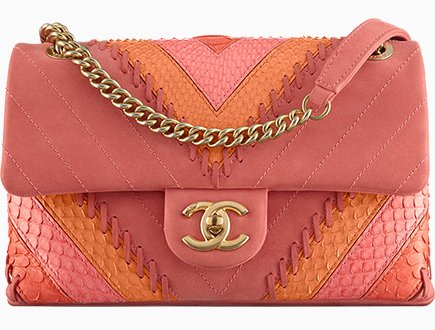 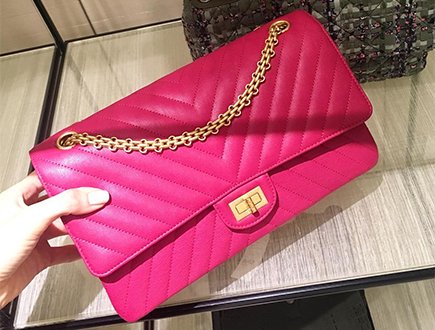