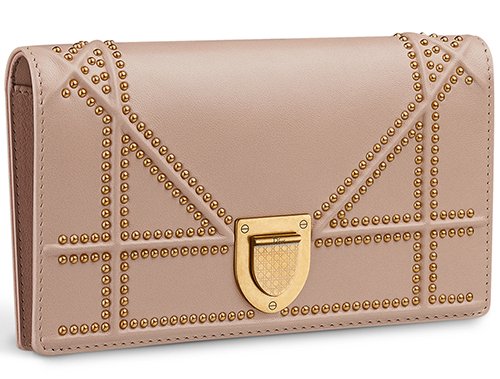 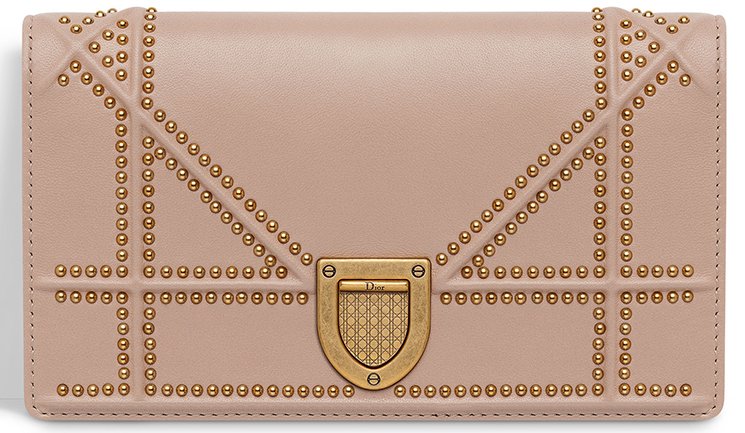 The Diorama has become one of Dior’s top handbags; this line is now sitting next to the Lady Dior and the Diorissimo. The Diorama is Dior’s own version of boyish bags, which has become immense popular lately. And now they have released the Yen Wallet and our hearts have no choice than to surrender to its beauty. This Diorama Wallet is different than the Diorama Explorateur and the Elancee Wallet. The design is much more clever and it’s more functional.

The look of this yen wallet is just like the Diorama Large Shoulder Bag, but downsized and without the chains. It’s crafted with Large Cannage design, which is a new type of the signature Cannage Stitching. The front is finished with the iconic crest-shaped clasp.

Recently, Dior has been ambitiously implementing studs into their classic handbags. That’s why this Yen Wallet is also studded, but then carefully injected around the edges of the Large Cannage design. The aged gold hardware is also a new embellishment, which makes this wallet more urban-chic. 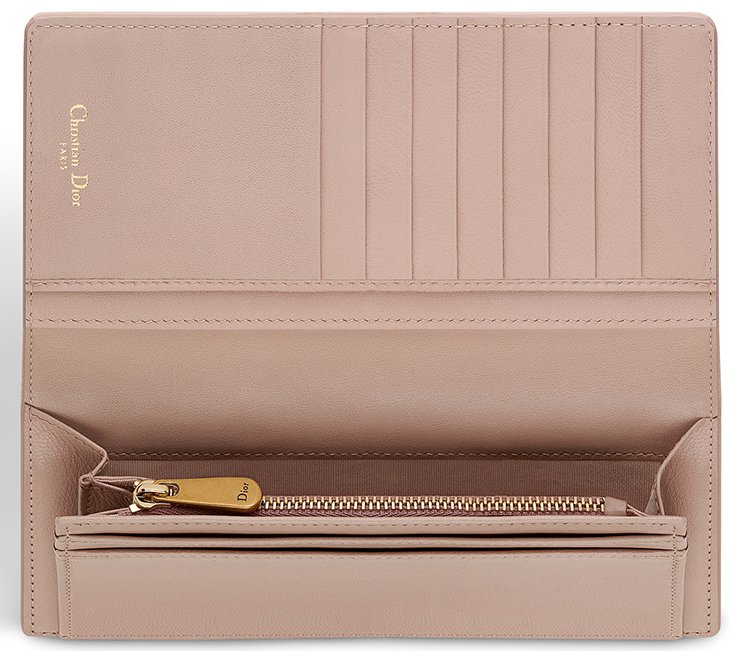 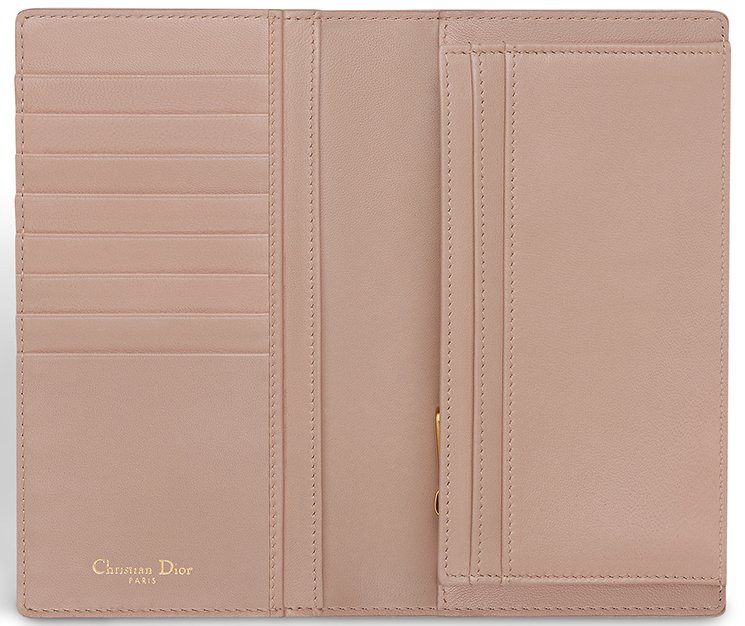 If you open the flap, you will get instant access to your card slots, zip pocket for coins or the main compartment for the paper money. The color of the interior matches to the color of the exterior.

So to summarize; there are 8 card slots, 5 flat pockets and 1 zipped pocket.

Measuring 18 x 10.5 cm, priced is unknown for now. Once we have more information, we will keep you informed. 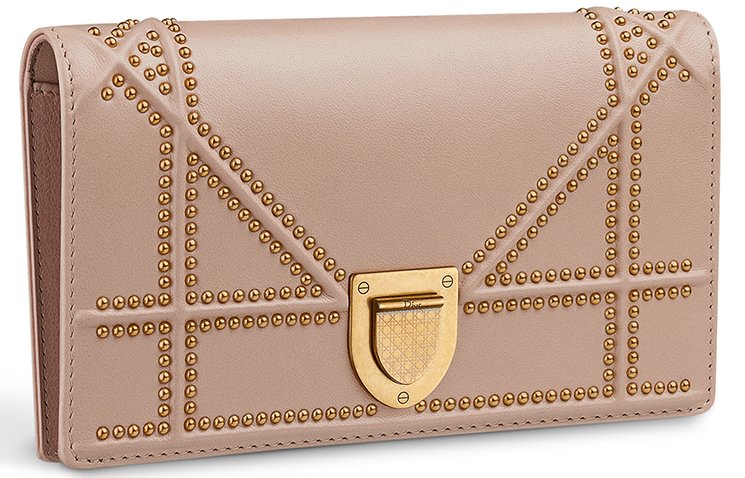 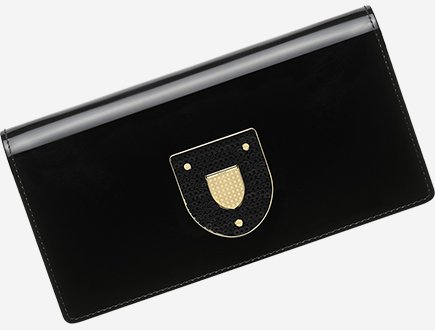