“Chanel Reissue 2.55” the term that gets implanted in your brain cells forever and you can’t even deny its existence. Not only the vintage hunters are thrilled, but also other fashionistas feel enlivened if their beloved Chanel has something special for them. These so-called ‘reissue’ bags are those incredible bags of Chanel that are alive with their own history.

Struck by a fascinating idea and inspired by the then soldiers’ bags, Coco introduced the free-up-your-hands strap bag in the 1920s. After that, when her brand made a successful comeback in 1954, she debuted one of the most precious and timeless piece of the history of handbags. February 1955 was iconic for its own reasons, marking the creation of 2.55 bags. These handbags, since the 1980s, undergo a lot of changes, being modified in its design, color, fabric, straps and locks, thus resulting in something newer to charm the crowd.

The story is such, that these ‘reissue ‘handbags were like an exact imitation of 2.55 bags in February 2005, just a reintroduction of 2.55 bags on its 50th anniversary, and Bam! The crowd was crazy to have these babies in their collection, especially to flaunt their love for the brand.

If we talk about the inspiration behind Coco’s genius mind than you’d be awestruck for a moment. No! For real, the double chain shoulder strap was derived from the childhood orphanage where she grew up, mainly from the caretaker’s chain used to secure keys at the waist. When love was in the air and Coco needed a secret pocket to squash her love letters, she introduced a hidden zippered compartment on the inside of the front flap in this reissue. You would be wondering about that brownish-red interior! Why only this color? Well, the color represents her school uniform in her then convent. To stash extra money Coco adorned these with a back outside flap pocket. This Reissue 2.55 WOC just like its bigger sister, is one of the most classic bags you can find in the fashion world.

The Design Of The Reissue 2.55 WOC Even if you’re blindfolded, you can easily find out if there’s a Chanel Reissue 2.55 WOC near you, it’s magical! Those two distinctive attributes that will sail your boat in identifying this beauty are; firstly the vintage and original Mademoiselle Lock (in reference to Coco Chanel never marrying). Secondly, it has a different size than Classic flap bags, with a double flap as well.

Your ultimate favorite “reissue” features an extra long chain, that’s not just a glittery chain for you but a classy shoulder strap, and that’s not all, well, it’s threaded beautifully with luxurious leather that you’re fond of. There’s a front squared Mademoiselle lock telling the world that you are the owner of some part of history when Chanel stepped in with a flying start.

The design of the Chanel Reissue 2.55 WOC is similar to the Reissue 2.55 Bag, except for the size of course and the functionality. The WOC’s are ideal for the evenings while the bigger editions are great as an everyday bag. It doesn’t feature the jewellery-like chain however, but it does come in aged calfskin, which makes the bag looks like it’s been worn.

The Interior And Pockets If your lovers ditch you then not to worry, as here, Chanel Reissue 2.55 will never ever do the same. It’s interior is what you’re looking for; a flap that opens to a compact leather that can convince you. Convince you, that although you’re a lady who shows her indifference towards style and fashion, deep down your heart covets for these Chanel handbags.

There are card slots, patch pockets and zipper pockets that manage all your necessities. You can store your everyday essentials like credit cards, Ids, a makeup kit, your dear cell phones with some extra money and chocolates too! Now now, don’t you want to live beyond means for these Chanel bags! From Left To Right: Gold, Silver, Ruthenium, Black On Black 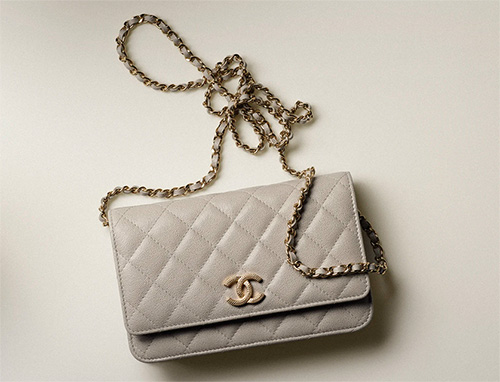 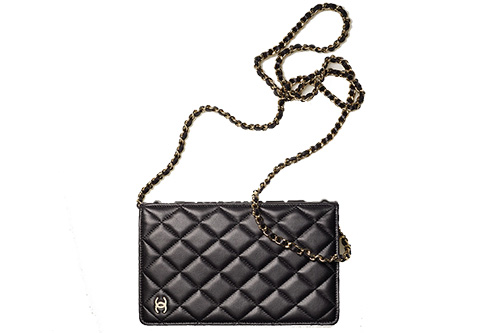 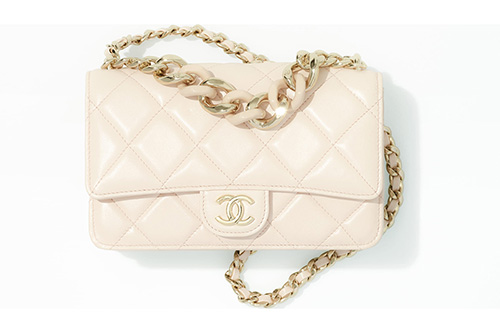