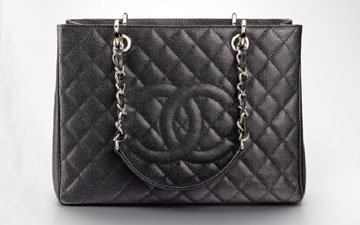 Recently we received a lot of messages saying that the Chanel GST (Grand Shopping Tote) is going to be, or has been discontinued. Well, one thing I am certain, discontinuing the GST will be devastating as it is one of Chanel’s most affordable ‘classics’, and its being hunted by many Chanel-beginners.

One of the messages we received was from Sarah, she was told that the GST has been sold-out in Neiman Marcus and Saks, and that it was being discontinued. She was very surprised, because in the end, the Chanel GST is a classic.

But she is not the only one, Saks and Neimans have told the same story to more people, and even Bergdorf Goodman is saying that they will no longer carry the GST and also Cerf Tote.

So does it mean that the Cerf Tote will be discontinued too?

More, Nordstrom is telling that the GST is going to be discontinued after the Chanel Spring Collection.

So what’s the deal here?

We also did some investigation in Europe, for example the SA at Chanel Amsterdam were totally surprised, they have never heard such claim, and they were ordering new colors for the Spring Season.

Several other SA’s in Europe had also no idea what we were talking about, they knew nothing about it.

So does this mean that the Chanel GST will be available only in Europe and discontinued in the United States? Well for now we need to wait, only time can tell.

And by the way, there might be another Chanel price increase in January 2015.

Got more information? Or questions? Please drop them at the comments.