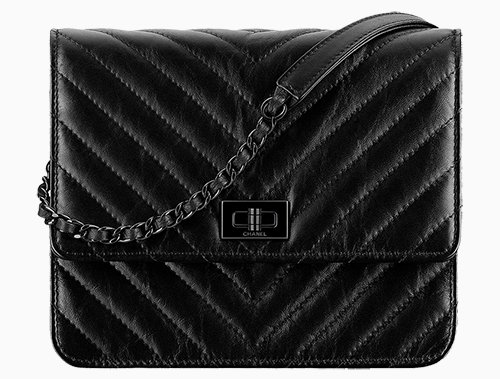 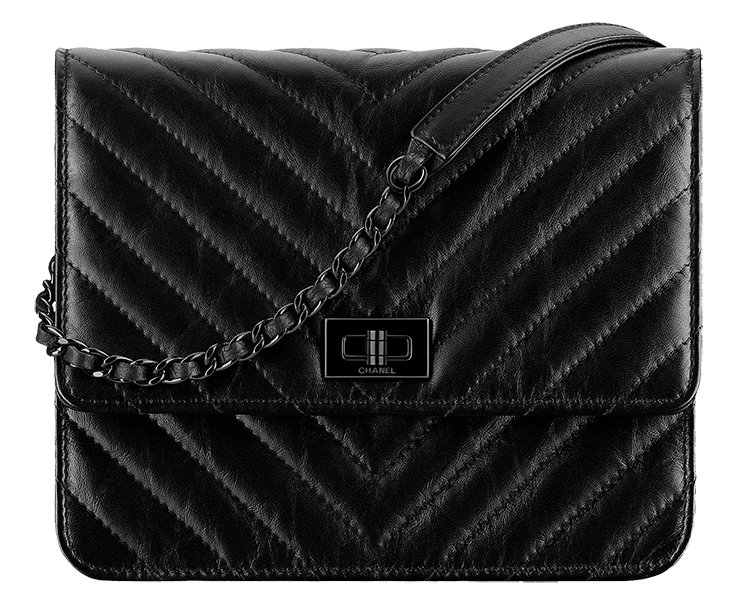 In the previous collection, Chanel has introduced the Classic Quilted Square WOC. This bag looked exactly like the original Classic Quilted WOC, but it was much taller and the interior has been slightly modified. Now for the Fall Winter 2017 Collection Act 2, the house re-released the Square WOC in the Reissue 2.55 design.

This bag might be small, but it’s more obsessive than chocolates. When we first announced the Classic Quilted Square WOC, we received a lot of positive reactions. This bag is no doubt a ‘must have’, but whether it can sustain it’s fame to become the next iconic, we will have to wait and see. 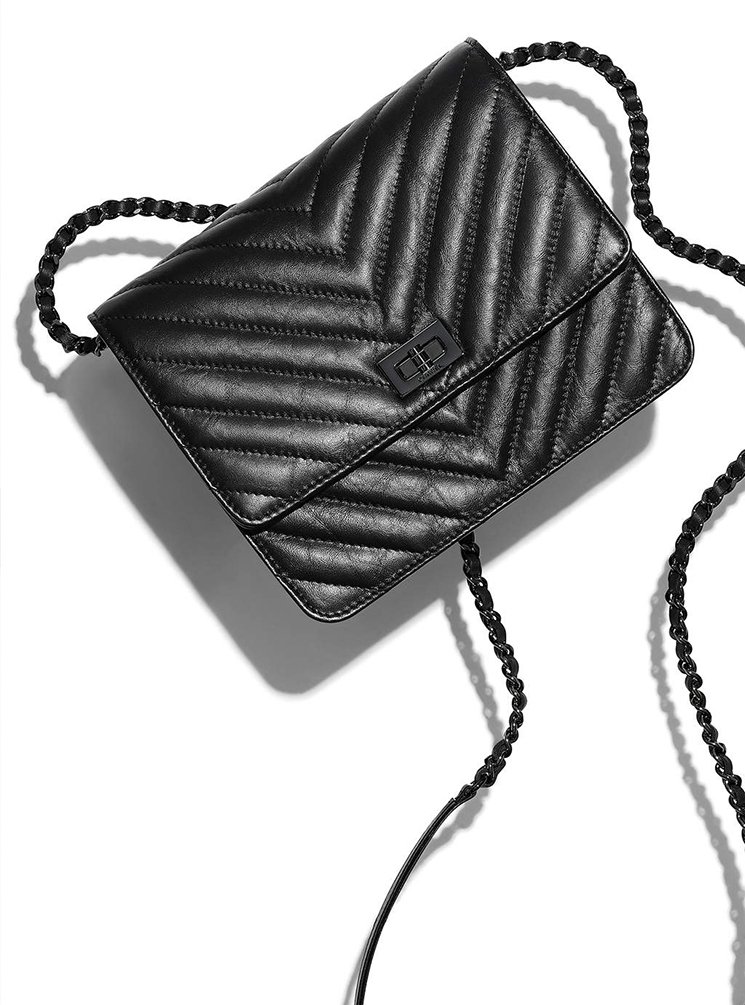 The Chanel Reissue 2.55 Square WOC is similar to the Classic Quilted edition, but the appearance is more sophisticated. First it’s crafted in ‘So Black’, which is a limited edition design and only available in certain seasons. The So Black is fully explained in the ‘Chanel So Black’ article and it basically means that the leather as well as the hardware are both created in black (Black Metal Black).

You recognize the iconic Reissue 2.55 design on the ‘Mademoiselle Lock’. This lock refers to Coco Chanel for never marrying.The aged calfskin leather is embellished to make the bag looks like it has been worn, mirroring the original Reissue 2.55 Flap Bag. This leather is purposely chosen to give the exterior a vintage look.

As for the final refinement, the Reissue 2.55 Square WOC is made with chevron quilting instead of diamond quilting. Both quilting looks timeless and gorgeous. 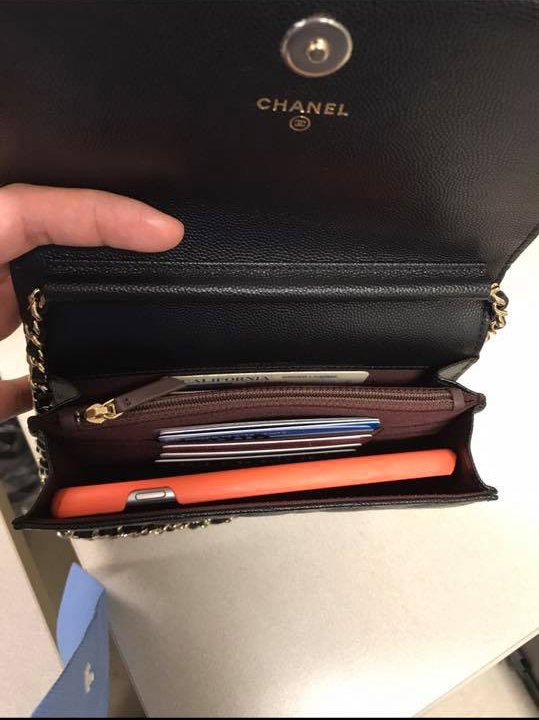 The interior of this WOC cannot be compared the original version because it’s different. Inside the Square WOC, you can find a zip pocket, central compartment and credit card slots. This bag fits an iPhone 7+.

Comparison Between the Square WOC and the original WOC

We’ve already created a comparison of the Classic Quilted Square WOC with the original WOC. You can read the full details via here. 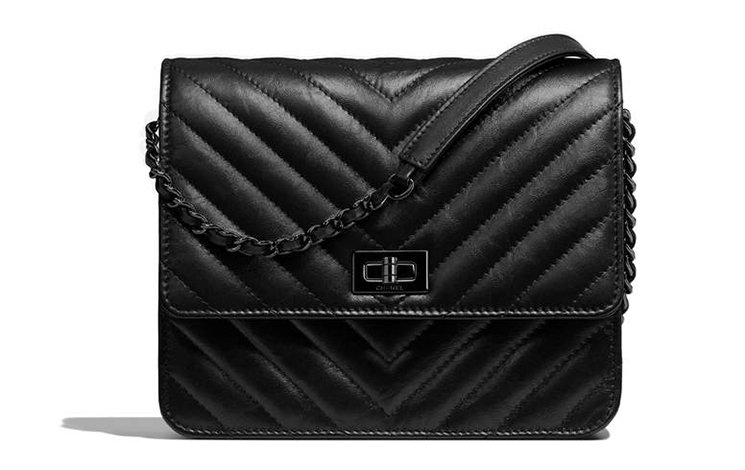 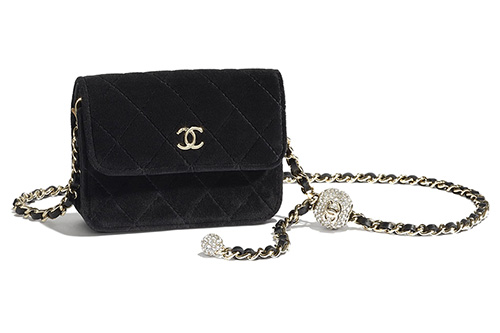 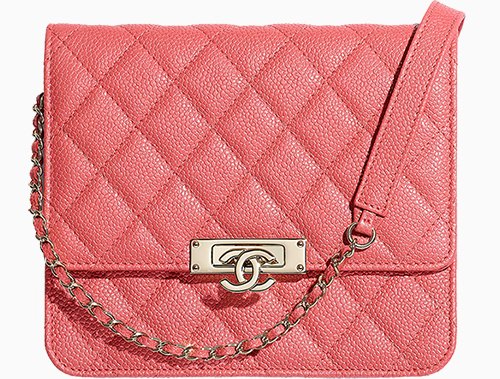 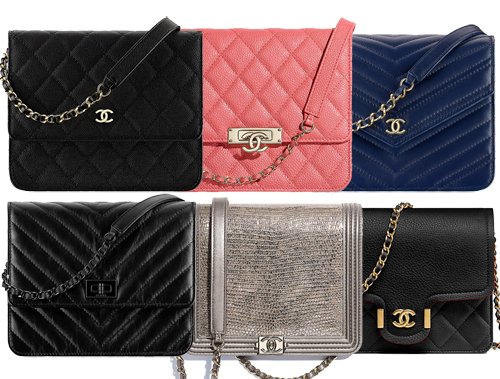 The So Many Chanel Square WOC