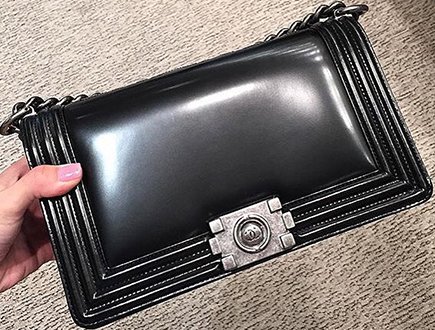 The enigmatic Le Boy is out and about to get you ready this season! The bag, which was released in 2011 as another brainchild of Karl Lagerfeld, is designed as a unique double-chained flap bag which also serves as a handheld clutch. It’s becoming a fashion staple among solid bag collectors and new aficionados alike, mainly because of its eye-catching design (which is still very wearable) and versatility. No wonder these babies sell like pancakes every single year.

Every season, a new take on the basic design emerges, and with these transformations, loyal customers couldn’t seem to get enough. One thing stands true to all forms though – its solid, durable structure, which gives it the upper hand amongst other ‘coveted’ bags. If you’re looking for an edgy piece you could use, the Le Boy is the answer. Priced around $5200 USD via Chanel boutique.